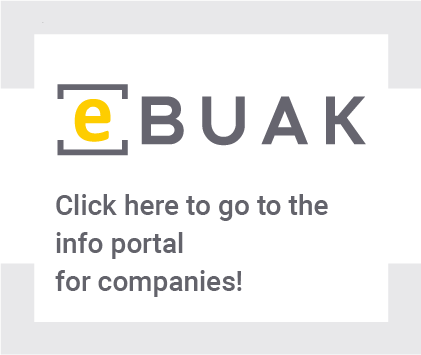 On 20 March 1946, the National Council passed the Construction Workers’ Leave Act [Bauarbeiter-Urlaubsgesetz] (BArbUG), which came into force on 26 May 1946.

This law created the Construction Workers’ Leave Fund [Bauarbeiter-Urlaubskasse] (BUK), one of the first social partnership institutions in Austria. BArbUG made it possible for construction workers to earn and avail of holiday time despite changing employers and interruptions to their employment contracts. Its legal provisions built on collective agreements from the interwar period.

With the founding of its own employee pension fund and its expansion into a Corporate Pension Insurance Fund (BVK) that is also open to self-employed workers, BUAK confidently entered the marketplace to face competition from the private sector.

While bad weather compensation is regulated in the Bad Weather Compensation for Construction Workers  Act [Bauarbeiter-Schlechtwetterentschädigungsgesetz] (BSchEG), the legal provisions relating to the other areas are set out in BUAG.

Moreover, pursuant to § 22c  (2) no. (1) Temporary Agency Work Act [Arbeitskräfteüberlassungsgesetz] (AÜG), since 1 January  2014, BUAK has been entrusted to consult on, accept, process and decide on applications for the awarding of benefits to (former) workers who were employed in Austria temporarily and were then affected by unemployment immediately afterwards.

BUAK has also been managing another area since 2014: interim supplements paid to unemployed construction workers prior to retirement.

1946
The Construction Workers’ Leave Fund [Bauarbeiter-Urlaubskasse] (BUK) is founded as a social partnership institution for the construction industry.

1968
Introduction of the requirement for companies to report their employees to BUK. This change eliminated the purchase of holiday vouchers and the need for employees to maintain a holiday ledger.

1987
Creation of the severance pay provision for construction workers

BUK is renamed the Construction Workers’ Annual Leave and Severance Pay Fund (BUAK). Collective labour agreements gradually allowed for increasingly longer interruptions in employment contracts without loss of severance pay entitlements, and the legal regulation of the industry was implemented.

1996
Incorporation of the bad weather compensation programme into BUAK.

1996
Introduction of the winter holiday provision in order to improve annual employment in the construction industry.

2005
Introduction of the requirement for companies registered outside of Austria to register their employees.

2006
Transition to daily settlement of supplements.

2008
The Employee Pension Fund is transformed into a Corporate Pension Insurance Fund (BVK) so that not only companies, but also self-employed workers can avail of our services (BMSVG law replaces BMVG).

2009
A major amendment is made to BUAG in the Austrian Federal Law Gazette I no. 70/2009. BUAK’s inspection authority is expanded. Cooperation with authorities is intensified. Notification of employment contracts by employees after 8 months now only results in crediting if the companies make the required payments.

2010
Another amendment to BUAG in Federal Law Gazette no. 59/2010, effective 1 January 2011: conversion from a holiday period of 47 qualifying weeks to a calendar year (52 weeks), elimination of the provision for replacement leave days for Saturday public holidays, increase in additional payments to 30.1%, automatic payment of winter holiday compensation to employees.

2013
“Heat” is added as a new bad weather criterion; shift work is incorporated into BUAG; indication on the employee information (ANI) form of observed underpayment.

2014
Obligatory portal entry for companies. New expiry provision for the area of leave and winter holiday compensation. Introduction of holiday compensation and a new “Interim supplement for unemployed construction workers prior to retirement” area.